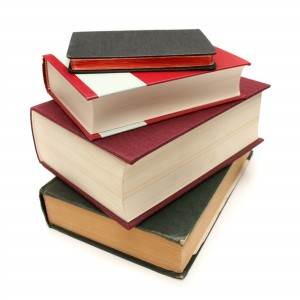 School is finally out and the summer break is upon us. I don’t have a lot of time to read between working and raising two children–so I tend to shy away from bestsellers… After coming across this article though, it looks like my summer reading list just got a much-needed boost! What books have made it to the top of your list?

SEVEN BOOKS ABOUT . . .Journeys into the autistic mind

We’ve hit a turning point in our understanding of autism, but I think it comes from literature, not science. Not to downplay the science: The newest studies on amino acid deficiencies, faulty neurotransmitters, and disruptions in the cortex may shine light on the whys of the disorder. But to find out the whats — what it’s like to be autistic, from the inside — there’s now a critical mass of books written by those on the spectrum. They are extraordinary, moving, and jeweled with epiphanies.

It’s a miracle there are any first-person books, really: The word “autism” comes from the Greek “autos” or self, to connote how the self was locked in, unable to communicate. It was first used in 1908 to describe the symptoms of schizophrenics, but in the 1940s was repurposed for autism as we now know it. Naoki Higashida, the author of my first book today, is “locked-in” but can and wants to communicate. With the aid of an alphabet grid, one letter at a time, he painstakingly produced “The Reason I Jump: The Inner Voice of a Thirteen-Year-Old Boy with Autism” (first out in 2007, Random House English translation in 2013). And it completely knocked me out.

Partly, it’s his age. To hear directly from a young person is rare because autism memoirs are mostly the products of high-functioning adults who have “already worked things out,” writes British novelist David Mitchell (“Cloud Atlas”) in the book’s introduction. He and his wife, KA Yoshida, who translated “The Reason I Jump” from the Japanese, have an autistic son and like many such parents view the book as “a revelatory godsend.” Mitchell adds: “Reading it felt as if, for the first time, our own son was talking to us about what was happening inside his head, through Naoki’s words.”

One by one, Higashida answers questions about autistic behavior. So what’s the reason he jumps? Because “it’s as if I’m shaking loose the ropes that are tying up my body.” Why does he ask the same questions over and over? “Because I very quickly forget what it is I’ve just heard.” His memory isn’t typically linear; it’s “more like a pool of dots. I’m always ‘picking these dots’ — by asking my questions — so I can arrive back at the memory that the dots represent.” When you look at something, he’s asked, what do you see first? Most people see an object entire and details after. But “the details jump straight out at us first of all, and then only gradually, detail by detail, does the whole image sort of float up into focus.”

That gift for visual detail suffuses one of the most famous autism autobiographies, Temple Grandin’s “Thinking in Pictures, Expanded Edition: My Life with Autism” (Vintage, 2010). This trees-before-forest inclination, aka “weak central coherence,” feeds into one theory of autism; it’s not caused by an impairment of one part of the brain, but rather of the neurotransmitters that connect the parts. Of course, words like impairment imply value judgments — because savant abilities also bloom from these traits. Grandin, a professor of animal science at Colorado State University, was able to use her talent for detail and acute visual memory to create innovative, humane facilities for cattle (her designs inform a third of those facilities in the United States).

“Words are like a second language to me,” admits Grandin.Visuals are her native tongue, so she continually converts abstract concepts into images. To grasp the give-and-take of conversation, for instance, she pictures doors and windows. As someone who pulls the other way — good with words, bad at spatial thinking — I was amused to read Grandin’s take on neurotypical colleagues who made imperfect designs: “Now I realize it was not stupidity but a lack of visualization skills,” she writes. “They literally could not see.”

John Elder Robison, the older brother of memoirist Augusten Burroughs (“Running with Scissors”), learned he was on the spectrum at age 40. “Look Me in the Eye: My Life with Asperger’s” (Crown, 2007) is his enlightening, sad, and funny book about how people confound him, but how “I always got along with machines.” Robison was a sound engineer for big rock bands like Kiss (he also rigged their guitars to belch smoke), and now runs a company that repairs fine European automobiles in Western Massachusetts.

Like many with Asperger’s before it was commonly known (in the 1990s), he was often told he was arrogant, aloof, not a team player. But his diagnosis brought relief, and he has trained himself to respond in ways that make him seem “only slightly eccentric, rather than out-and-out weird.” He tries to look at the person he’s speaking to and notes that “a drawled ‘Wow!’ accompanied by a smile can be an acceptable response to almost anything.” Moreover, he’s now proud how “my Asperger’s compels me to be the ultimate expert in whatever field of interest I choose.”

Along with the memoirs, there are the parenting stories. The freshest entry here is “Life, Animated: A Story of Sidekicks, Heroes, and Autism” (Kingswell, 2014) by Pulitzer Prize-winner Ron Suskind. It’s all about his son Owen, a typical little boy until age 3, when he begins showing symptoms of “regressive autism” and loses most of the skills he’s gained (the scenario for a third of those with autism). Over time, Suskind and his remarkably perceptive wife, Cornelia, realize that Owen’s powerful affinity for Disney movies provides access like nothing else. At age 4, for instance, he begins to repeat “just your voice,” a lyric from “The Little Mermaid,” in which Ariel loses her voice — as he has lost his. From there on out, his parents, aides, and therapists from “Team Owen” role-play movie scenes, using characters like Aladdin, Rafiki, and more to draw Owen out.

Fiction, too, increasingly reveals the inner world of the autistic. “The Curious Incident of the Dog in the Night-Time” (Vintage, 2004) is a beautiful novel. Author Mark Haddon, who’s worked with autistic individuals, never even uses the word “autistic” yet paints such a character with great intimacy. Indeed Christopher, the British boy at the center of this mystery story (he’s trying to find out who killed a neighborhood poodle), considers himself a “mathematician with some behavioural difficulties.”

I felt a bit uncomfortable with a newer novel, “The Rosie Project” (Simon and Schuster, 2013), because author Graeme Simsion uses Asperger’s as fodder for light comedy. (The main character, a genetics professor, searches for a wife by having women fill out an absurdly detailed questionnaire). Then again, there’s a spectrum of ways to view the spectrum. As they say in autism circles: “If you’ve met one person with autism — you’ve met one person with autism.”

That individuality, within the autistic framework, blossoms with true grace in the last book I’ll cover. It’s another memoir, “Born on a Blue Day: Inside the Extraordinary Mind of an Autistic Savant” (Free Press, 2007). Author Daniel Tammet recounts his prodigious talent for languages (he knows 10) and math — at a fund-raiser for epilepsy research, he recites a never-repeating sequence of prime numbers for about five hours. His love for numerals, in fact, is downright poetic (“Thirty-seven is lumpy like porridge, while 89 reminds me of falling snow”).

Like the Suskinds, the Tammets learn to work with, rather than against, their child’s affinities. To honor Daniel’s love of circles, for instance, his mother always asks for change in coins, which he then lovingly stacks. And like Temple Grandin, he thinks in pictures: Segments in time are lopped from a length of dough, and the phrase “fragile peace” becomes a glass dove. It’s my privilege to learn how he, and others like him, think. And feel.

Katharine Whittemore is a freelance writer based in Northampton.