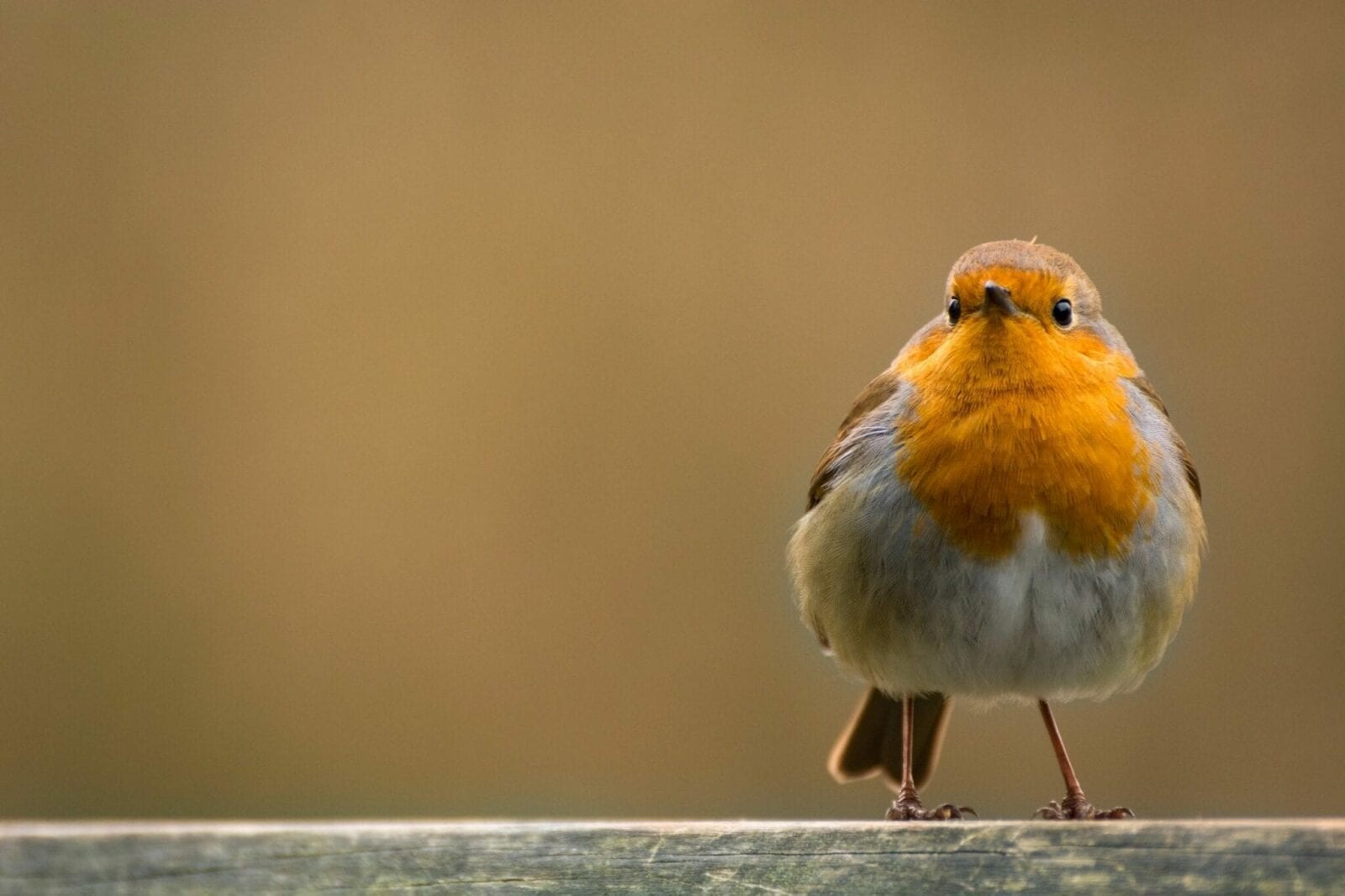 Danielle Duggins writes with delight and wisdom about raising children, one of whom is on the autism spectrum. Her blog, Someone’s Mum, brims with perceptive humor and narratives of growth, and her words paint a loving and brave picture of what it means to receive the gift that is her son. With thoughtfulness backed up by eloquence, she objects to the suggestion that her son is in any way defective. I was encouraged by Danielle’s joyful, seasoned appreciation for her son’s life (not to mention impressed how well-spoken she is as a writer!) and I can’t wait for you to read this post from her. And make sure to rummage through her blog for more wonderful writing!

You ask me, “Does your eldest child have autism?”

My stomach lurches. No. Don’t say you are sorry. I know you mean well. But don’t apologize for the gift that is my boy — for any part of him.

I used to think a child having a disability was a tragedy. I thought that the parents of such children must long for them to be “whole.” But your idea of “wholeness” is skewed by what you are, by what you know. Birds cannot breathe underwater. Fish cannot fly in the sky. We do not spend our time lamenting the lack of ability in either. Nor do we assume that the fishes long to fly, or that birds feel incomplete, soaring through the air.3

Fish writhe on the shore not because they are fish — but for the absence of water.

I know you want to express something. You are compelled to respond, to show you care. I know it is a subject that can make those without experience awkward and uncomfortable. You fear to offend and an apology is simple, closed. I am not offended but please — let me explain.

My boy cannot run, jump and climb like some other boys. He cannot dress himself or drink from a cup. Simple tasks we take for granted require a great effort.

But he can list the wonders of the solar system, in perfect order. Planets and moons and stars roll off his tongue. They must all be perfect. Io and Ganymede and Calisto and Europa. His perception of them is governed by rules that are as absolute as the rules of the universe that make them spin. His rules must be flawless, predictable — like gravity. And they are just as beautiful, in their perfection.

Communication can be a challenge for my boy. He has vocabulary — but the mysteries of interaction and communication must be learned. They will never come naturally. Sometimes he cannot tell me what he needs, and his frustration and despair tumble out of control.

But he loves music. He relates to the sounds of instruments more than lyrics and voices. He mimics the drums and the bass guitar and will tell me which instrument is which, his whole body tense with joy as he imitates them. Listening, singing, dancing — they are not enough. I believe he longs to be the music.

My boy cannot cope with disorder. The pressures of unpredictability take an awful toll. When there are changes, he shows anger, terror, or blankness. I do not know which is hardest to watch. I do know that it is my privilege to hold him, to protect him, to wait — until he feels better.

He is acutely honest. He is sensitive. He is loving. When I ask him how much I love him, the answer is always, “Do you love me as much as the whole world, Mummy?” and I must always reply, “Even more than that, gorgeous boy.”

He adores word games and strange vocabulary and the absurd. Deliberately muddling words can make him laugh until he shakes. He loves to make his baby sister giggle.

I have known no purer joy than watching the delight, mirrored in their faces.

So, if you must feel sorry, feel sorry for those who do not see what I see. Feel sorry that the world is set up for fish, when he is bird. Feel sorry for those who might shun him, or fail to understand him, or even mock him — for strengths and weaknesses that seem so different to their own. It is their loss, their tragedy. For their perception that he is less, that he needs an apology, is based on standards that are not real. They are an illusion that seems real because the rest of us make it so by our actions, our attitudes.

You do not know what to say. And so you say sorry. You say, I don’t know how you do it. You say, you must be so strong. But my child is not a burden. He is the light of my life. And he would be yours too, if he were your child. Strength flows like water, for those we love. Yours. Mine. My spirit and resilience are no greater than yours.

Because I cannot, and will not, be sorry for any inch of him.

A study of about 800 children with autism found gender differences in a core feature of the disorder, as well as in the youngsters’ brain structures.

Girls with autism display less repetitive and restricted behavior than boys do, according to a study by researchers at the Stanford University School of Medicine.

The study also found that brain differences between boys and girls with autism help explain this discrepancy.

The study, published online Sept. 3 in Molecular Autism, gives the best evidence to date that boys and girls exhibit the developmental disorder differently.

“We wanted to know which specific clinical manifestations of autism show significant gender differences, and whether patterns in the brain’s gray matter could explain behavioral differences,” said the study’s senior author, Vinod Menon, PhD, professor of psychiatry and behavioral sciences. Knowledge of the difference could help clinicians better recognize and treat autism in both sexes, he added. “Understanding this is really quite crucial clinically.”

Among children diagnosed with the high-functioning form of autism, boys outnumber girls by four to one. Scientists were interested in comparing the expression of core features of the disorder between sexes because they have long suspected girls with autism may display symptoms differently, causing them to be underdiagnosed or making it harder for them to get the most appropriate treatment.

“Autism has primarily been studied from the viewpoint of boys with the disorder,” said Menon, who holds the Rachael L. and Walter F. Nichols, MD, Professorship. “Understanding gender differences can help in identifying the behavioral skills that are most important to remediate in girls vis-a-vis boys.”

The researchers then examined data from the Autism Brain Imaging Data Exchange that included structural MRI brain scans of 25 boys with autism, 25 girls with autism, 19 typically developing boys and 19 typically developing girls. The individuals among the groups were matched for age and IQ. The researchers again found that girls and boys did not differ on social behavior and communication skills, but that girls had less-severe repetitive and restricted behaviors. “This replication provides the strongest evidence to date for gender differences in a core phenotypic feature of autism,” Menon said.

The brain-scan analysis revealed several gender differences in brain structure between typically developing boys and girls, consistent with the findings of earlier studies.

Children with autism, however, had a dissimilar set of gender differences in their brains — specifically, in the motor cortex, supplementary motor area and a portion of the cerebellum. These regions affect motor function and planning of motor activity. The researchers noted that many repetitive behaviors, such as hand-flapping, have a motor component. The study demonstrated that patterns of gray matter in these motor regions could accurately distinguish girls from boys with autism, Supekar said. The researchers found that parts of the motor system that contributed to individual scores for repetitive and restricted behaviors were different in boys and girls.

“Girls and boys with autism differ in their clinical and neurobiological characteristics, and their brains are patterned in ways that contribute differently to behavioral impairments,” Menon said.

“The discovery of gender differences in both behavioral and brain measures suggests that clinicians may want to focus diagnosis and treatments for autistic girls differently than boys,” Supekar added.

Creation of the ABIDE data set was supported by the National Institute of Mental Health (grants K23MH087770 and R03MH096321), the Leon Levy Foundation, Joseph P. Healy, and the Stavros Niarchos Foundation. Menon is a member of the Stanford Child Health Research Institute.