From the parents who have been there, done that…let’s not forget to share the knowledge & wisdom that comes from the journey of autism.

Advice for parents of children just diagnosed with autism, from those who’ve been there.

I was talking to a friend last week about her son, who was recently diagnosed with autism. He’s 8, and she is feeling frustrated and overwhelmed — not by her son, but by the challenge of figuring out what to do next.

Once you have that diagnosis in hand, the questions start piling up. What services does he need, and what will insurance cover? What really works, and what is just a hopeful shot in the dark? How can she get the most out of the public school system? Who coordinates all of this? Do you need a small army of specialists or just one really good behavioral or occupational therapist? And what is ABA, anyway?

I didn’t have all of the answers for my friend’s questions about therapies and billing and case managers. That all varies by kid, by insurance provider and by where you live. I pointed her to a few Web sites, including myautismteam.com, Parents of Autistic Children of Northern Virginia and the Thinking Person’s Guide to Autism.

I also told her it gets easier. And that she should build a community of people she can get advice and support from. In other words, don’t rely just on specialists and professionals, but on other parents of kids with autism, and adults on the autism spectrum, who can help her better understand her son. Jason Katims, the executive producer of NBC’s “Parenthood,” and the father of a son with autism, once told me he thought finding that community was the first thing any parent should do after their child is diagnosed. I agree, because for me, that network of people is what has made things easier with my son, who has an autism spectrum disorder.

That network of new friends might recommend a therapist or a social skills group or a place for a haircut, and that’s incredibly valuable. But even more important, they get it. Whatever we are going through or struggling with or celebrating, many of them have been there and they can relate. A little empathy can help a lot on a difficult day.

So with that in mind, I reached out to a few of the people I’ve encountered along the way, and asked them to share their best advice for parents of children recently diagnosed with autism. Here’s what they had to say:

Sharon Fuentes, author of “The Don’t Freak Out Guide to Parenting Kids with Asperger’s,” blogs about her experience raising her son Jay, 13, at Mama’s Turn Now. Her advice:

“Your son or daughter is still the same person they were before they got the diagnosis. I know this may not have been the path you would have chosen to have traveled down, but some of the best journeys in life are ones that happened when we unexpectedly took a left turn. Yes the road can get bumpy, but that is when you need to reach out to all those that have been there before you who do whatever they can to smooth the path for your child. Remember that you are not alone, trust your own instincts, breathe, laugh often, believe in yourself and more importantly believe in your child and never ever lose hope! ”

Bernie DeLeo is the drama teacher at West Springfield High School in Fairfax and has a 20-year-old son, Charlie, with autism. This spring, the school staged a play DeLeo wrote, “Nerdicus (My Brother with Autism),” about his daughter’s experience growing up with a sibling with autism. His advice:

“My biggest advice to parents is, first, don’t panic.

Second, after the initial freak-out and panic (you will, even though I told you not to), educate yourselves and know your rights and options.

Third and most important, don’t let people tell you what they think your child is capable of. They will immediately see the disability, and NOT your child’s capabilities! Every child will be different. At my son’s high school, they recommended that he not take languages or aim for the Advanced Diploma. ‘Special Ed children tend not to do well with languages,’ they said. We ignored that advice, he took 5 years of Spanish — and now he’s living away from home and majoring in languages at Marshall University.”

Shannon Des Roches Rosa is one of the editors of the Thinking Person’s Guide to Autism, a book and Web site devoted to providing information information from autism parents, autistics and autism professionals. She also has a personal blog at Squidalicious, where she writes about her adventures parenting 13-year-old Leo, who has autism. Her advice:

“I wish — more than anything — I’d tried harder to understand my son instead of trying to ‘fix’ him. He was the same sweet, capable boy both before and after his autism diagnosis; the only change was my awareness of his needs. And he needs me to love him, respect him and champion him. He needs me to make sure he has time to play. He needs me to fight for appropriate communication and learning resources. He needs me to get him supports to navigate an autism-unfriendly world. Understanding instead of fighting Leo’s autism makes us both much happier people.”

By Mari-Jane Williams, Posted July 30 on The Washington Post 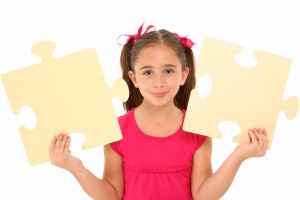 Today’s article tackles a tough topic–teaching your child when & how to disclose a diagnosis.

How to set up a child with autism to succeed

In addition to teaching autistic children how to speak up for themselves, it’s important to make sure they know there are times when they might want to keep information private

When our children are young, one of our biggest jobs is to advocate for them. As they get older, however, it’s important for them to take on some of that responsibility.

“I’m not going to always be here,” said Sharon Fuentes, a blogger in Northern Virginia and the mother of a boy with Asperger’s syndrome. “My main goal in life, for any child, is to raise an independent, responsible adult who is able to function in the world and be able to contribute to society. We all have to advocate for ourselves.”

So what steps should parents take? “First, the child needs to be aware,” said Fuentes, co-author of The Don’t Freak Out Guide to Parenting Kids With Asperger’s.

Once children with autism are armed with information about their specific challenges, they can advocate for themselves. But often, they lack the ability to filter how much they share, and with whom. So in addition to teaching them how to speak up for themselves, it’s important to make sure they know there are times when they might want to keep information private, said Jim Ball, the executive chairman for the national board of the Autism Society.

Here are suggestions from Ball and Fuentes on teaching your child when and how to disclose a diagnosis, and how to express what she needs:

Make sure children understand the difference between needs and preferences. Before she could teach her son, Jay (she uses an alias for him on her blog to protect his privacy, and we are using that name here), to go to teachers or administrators and ask for what he needed, Fuentes had to teach him that there is a difference between things he absolutely must have and things he would like to have.

Have older children write a note to their teachers. Fuentes got a template from ImDetermined.org before the school year started and had Jay use it to write a letter to each of his teachers. The letter outlined who he is, what he likes and dislikes, what stresses him out and what he needs to succeed. Jay handed the notes to the teachers himself before the school year started. “It was huge for teachers to see that,” Fuentes said. “It wasn’t just the mother saying this is what my son needs.”

Include the child in Individualized Education Plan (IEP) meetings. Jay has begun sitting in for parts of his individualized education plan meetings, and Fuentes said it has helped him understand how things work and why he gets certain services or accommodations, but not others. It also allows him to voice concerns about situations that may be problematic for him. Not every child has the language skills to verbalize his/her needs, but Fuentes said that even a simple yes or no, verbally, through gestures or with an assistive communication device, can boost a child’s self-esteem.

Talk about “safe people” when it comes to sharing information. Talk to your child about when to share his/her needs or disclose his/her diagnosis, Fuentes said. Otherwise he/she might start telling other students, unnecessarily, and bullies could use the information against him/her.

“It’s a very fine line,” Fuentes said. “This is part of who he is. But I don’t walk around letting everyone know what my religion or sexual preference is. It’s the same thing. We are trying to teach him the parameters.”

Turn to a book. Ball likes Ask and Tell: Self-Advocacy and Disclosure for People on the Autism Spectrum, edited by Stephen Shore. Ball said it’s great for helping people get a grip on when to tell people about their diagnosis and when to keep the information private. The book has contributions from adults who have autism, including a preface by autism activist Temple Grandin. It uses a system of rules to teach people how to determine what information to share, and when.

Do you find yourself having to dispel autism myths often? It’s something I run into all the time. Today’s article highlights some of the more common ones.

Autism Awareness: 8 Myths (And Realities) About The Spectrum Disorder

Myth #1: Autism is a form of mental illness.

Reality: Autism Spectrum Disorders (ASD) are considered a group of developmental and neurological disorders, as brain scans and studies show that people with an ASD have abnormalities in both brain structure and neurotransmitter levels. END_OF_DOCUMENT_TOKEN_TO_BE_REPLACED 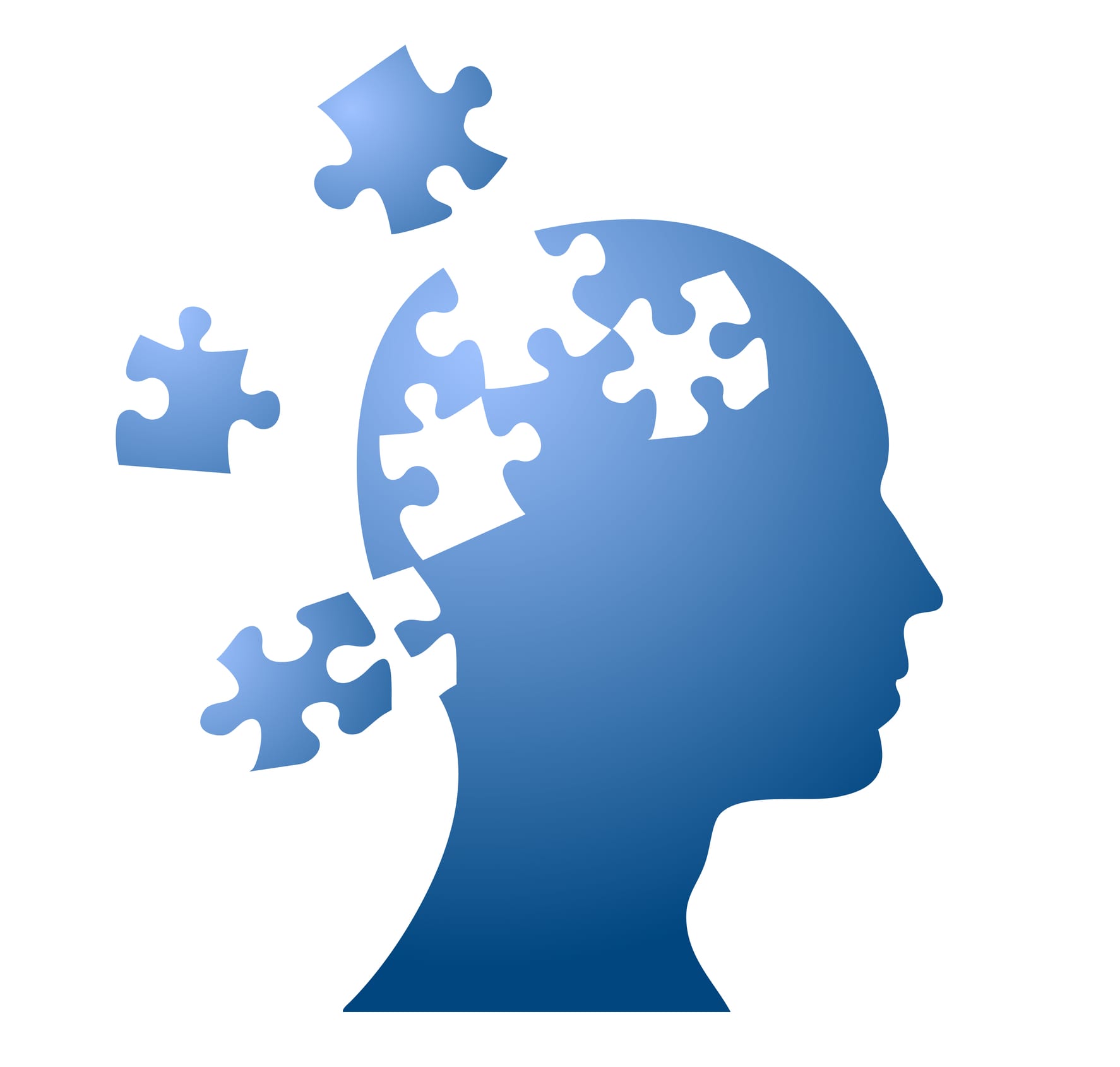 I’m sure you have asked yourself, “if I have a child with autism, what is the risk my next child will too?” Today’s article is a synopsis of a study just published that addresses that very important question.

Environmental factors as important as genes in understanding autism

Environmental factors are more important than previously thought in understanding the causes of autism, and equally as important as genes, according to the largest study to date to look at how autism runs in families.

Autism may result from a faulty chemical switch that doesn’t get flipped in time to help the brain develop normally, a new research study suggests.

Building on what they hope will be an important insight into the cause of autism, French researchers are testing a high blood pressure medication on dozens of European children with autism.

The team, which has a financial stake in the drug, has tried it on 30 children with autism; now they are testing it in more, hoping to improve core characteristics of autism for the first time. END_OF_DOCUMENT_TOKEN_TO_BE_REPLACED