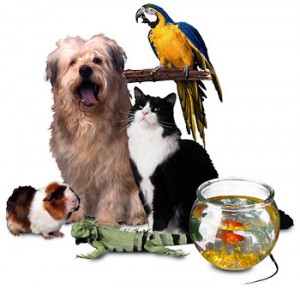 Your child finds a lost kitten. The inevitable question, “Mom, can we keep it?” This article may influence your answer!

Pets May Help Improve Social Skills Of Children With Autism

The Huffington Post By Carolyn Gregoire
Having a family pet can be beneficial for child development in a number of ways, including keeping kids active and promoting empathy, self-esteem and a sense of responsibility. But dogs may be particularly beneficial for kids with autism, acting as a “social lubricant” that helps them build assertiveness and confidence in their interactions with others, according to new research from the University of Missouri.

The researchers surveyed 70 families with autistic children between the ages of eight and 18, all of whom were patients at the MU Thompson Center for Autism and Neurodevelopmental Disorders. Nearly 70 percent of the participating families had dogs, half had cats, and some owned other pets including fish, rodents, rabbits, reptiles and birds.

The study’s lead author Gretchen Carlisle, a research fellow at the University of Missouri, observed that autistic children are were likely to engage socially in social situations where pets were present. While previous research has focused specially on the ways that dogs benefit the development of autistic children, Carlisle found that pets of any type were beneficial for the childrens’ social skills.

“When I compared the social skills of children with autism who lived with dogs to those who did not, the children with dogs appeared to have greater social skills,” Carlisle said in a statement. “More significantly, however, the data revealed that children with any kind of pet in the home reported being more likely to engage in behaviors such as introducing themselves, asking for information or responding to other people’s questions. These kinds of social skills typically are difficult for kids with autism, but this study showed children’s assertiveness was greater if they lived with a pet.”

Carlisle observed the strongest attachments between the children and small dogs, although parents also reported strong attachments between their children and other pets, such as cats and rabbits.
“Dogs are good for some kids with autism but might not be the best option for every child,” Carlisle said. “Kids with autism are highly individual and unique, so some other animals may provide just as much benefit as dogs. Though parents may assume having dogs are best to help their children, my data show greater social skills for children with autism who live in homes with any type of pet.”

The findings were published in the journal of Autism & Development Disorders.